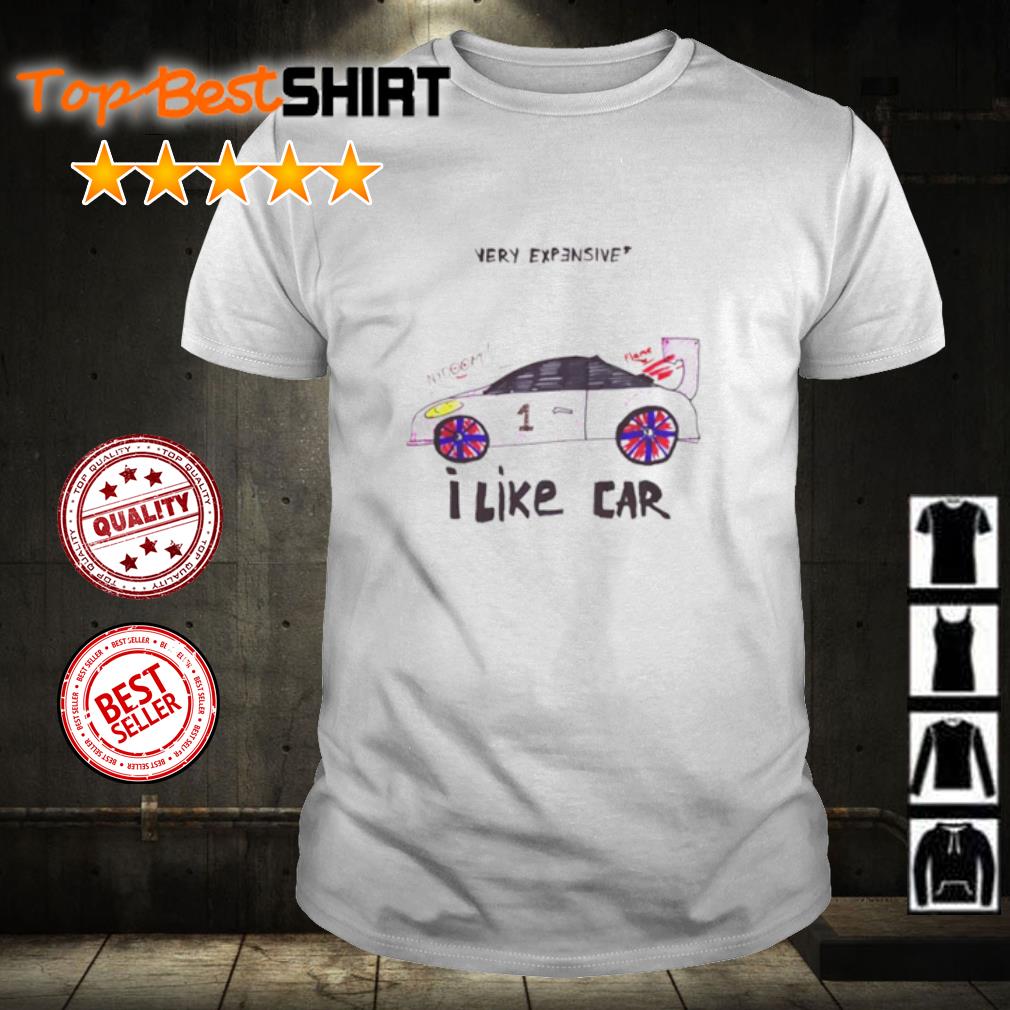 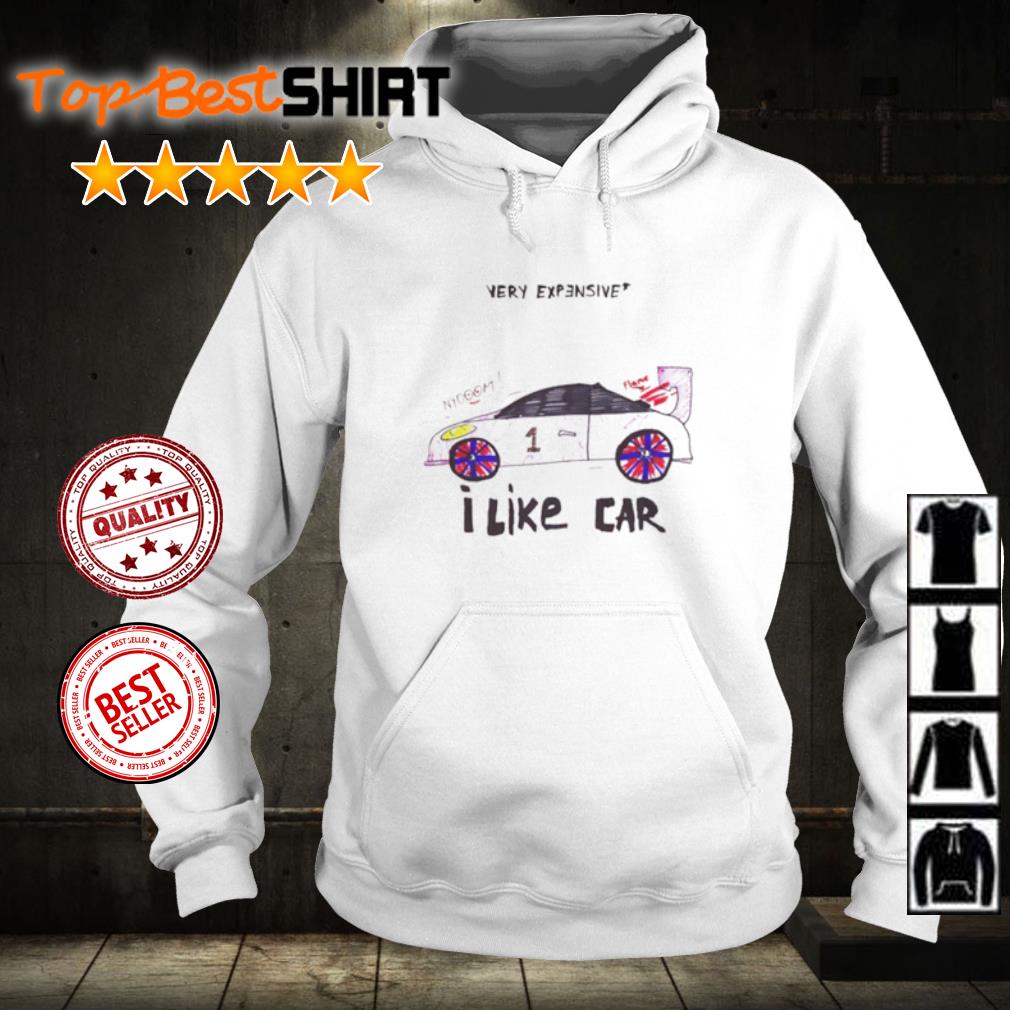 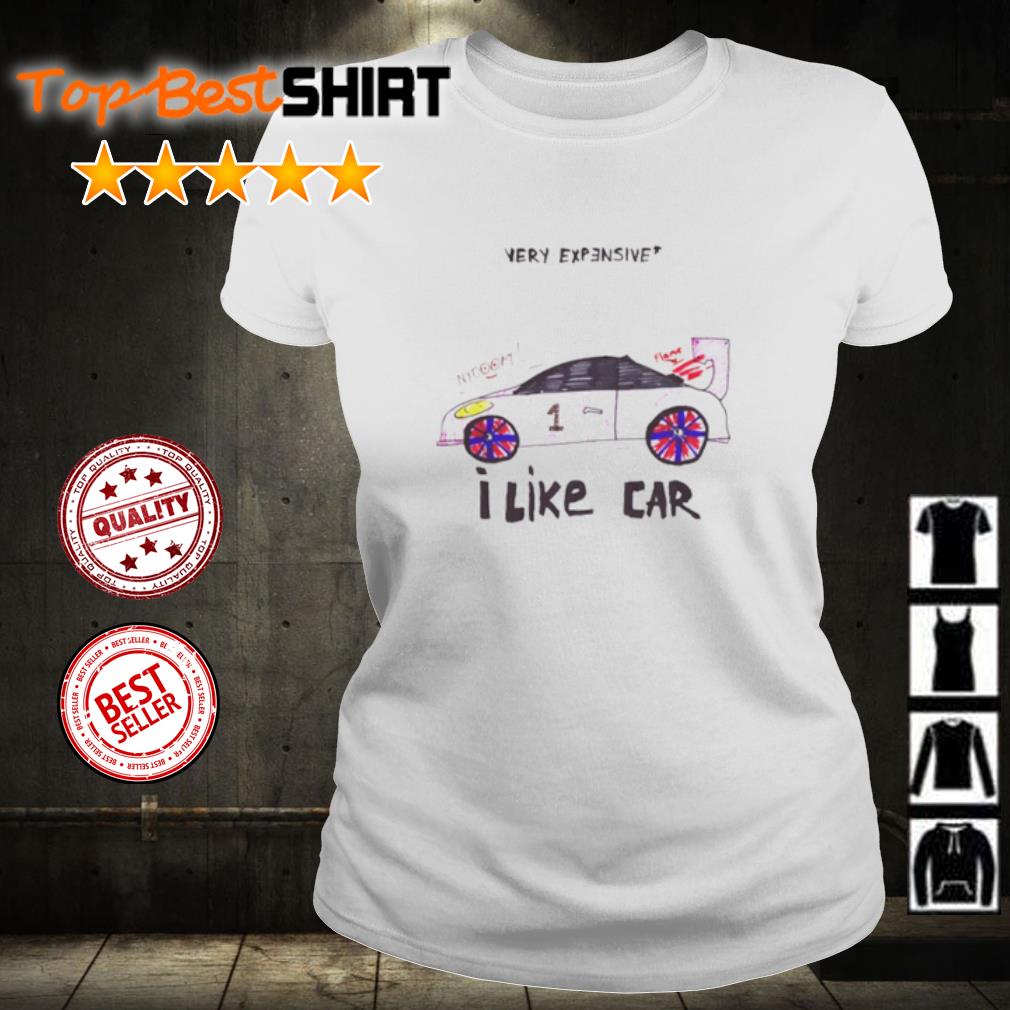 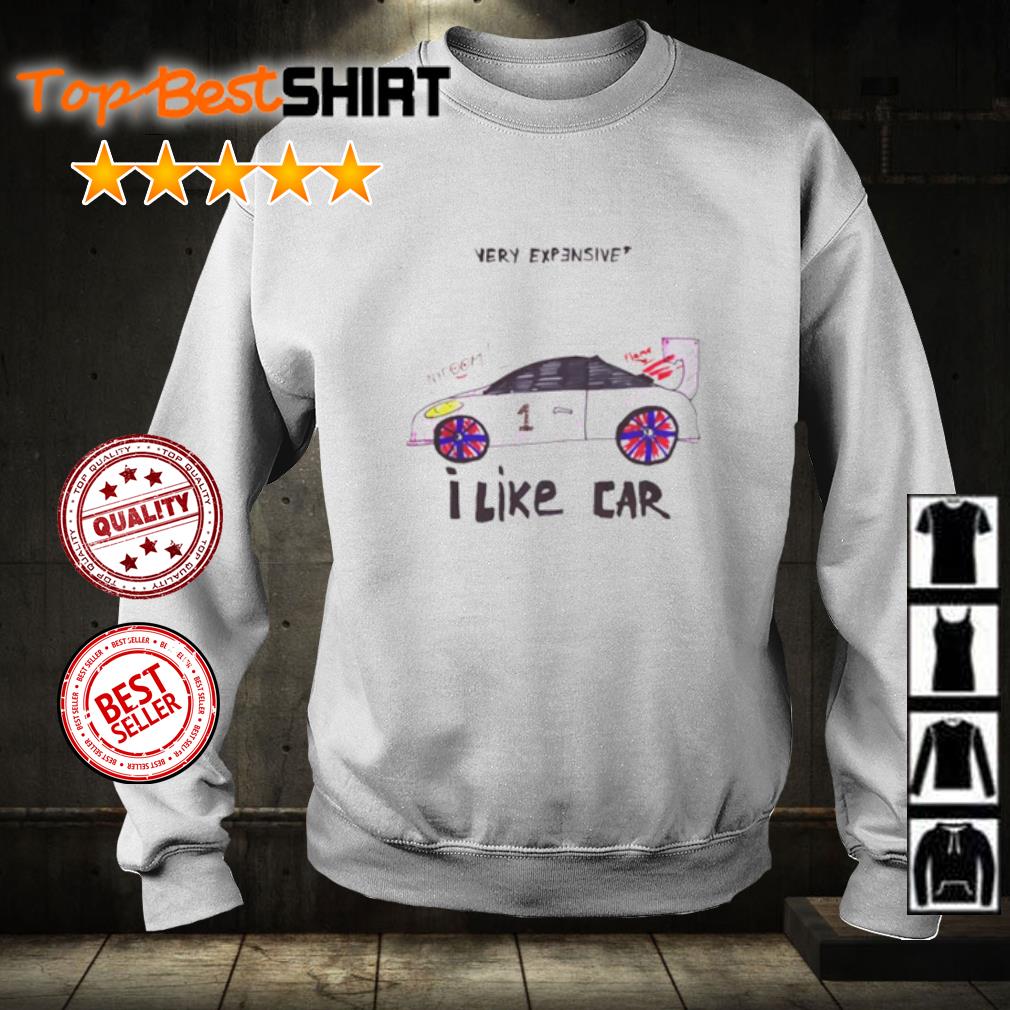 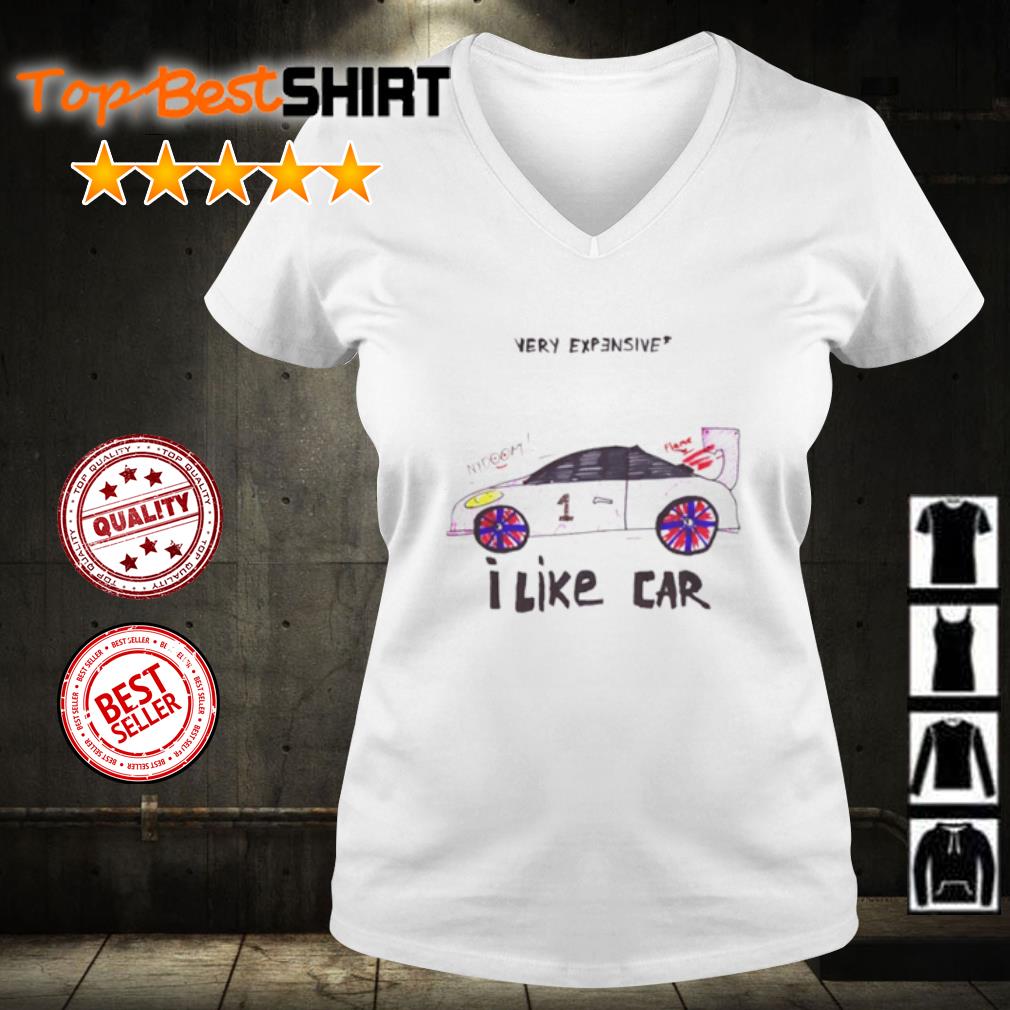 Honestly, it’s up to my children how they will want to talk about me when I’m dead (and when I’m alive too). I would hope that they will be honest with their kids and that they will have many positive things to say about me. Not because of my ego, but because if they have positive memories, but because it would means that I did a good job as a mother and they will be happy, well adjusted human beings, and good parents because of that at least in part. I’m sure that they will have some negative things to say about me, as I;m for sure not perfect, but I hope that they can discuss my defects with affection, because my defects were not as bad as to override all the Very Expensive I like car shirt but I will buy this shirt and I will love this love. I know that I told my kids some things about my mom when she was not at her best, that she probably would have hated hearing. But my kids know I loved my mom dearly and I still miss her, with all her defects, many of which were inevitable results of being part of a certain generation and their ideas about how to best raise kids. From the start, I wasn’t very needy. According to my mother, I rarely cried as a baby. When I was able to walk and get around on my own, she felt comfortable leaving me by myself while she went to school for a few hours. This made me become very self-reliant early on, and instead of being told not to do certain things, I learned by experience. After an incident where I burned my hand on the stove and nearly set the house on fire, she started leaving me at daycare centers instead. I was gleefully cruel to others, especially to other children. It just seemed to come naturally. It made me happy to see them cry and scream. I was frequently in trouble for being aggressive, hurting other kids, and biting the daycare workers, and for that I got kicked out of a few of the centers. My mother and father disagreed on many things, physical punishment wasn’t one of them. They tried a few different kinds of physical “discipline”, but it’s hard to teach a kid not to hurt others by hurting the kid. I didn’t learn not to hurt others, but I figured out how to lie pretty well and did so often to avoid trouble where I could.

What didn’t come naturally was socialization. When starting pre-school and kindergarten, the Very Expensive I like car shirt but I will buy this shirt and I will love this teachers and my mother made an effort to push me into communicating with other children and making friends instead of being physically aggressive. However, I just wasn’t good at talking to others, it took a great amount of effort for me to make conversation. I was much better at listening. Since the other children loved to talk, it was easy for me to get away with just listening, rather than doing much of the talking myself. To the relief of the adults, I started to stop being such a little shit. I stopped being physically aggressive for a little while and acquired another hobby. I thought of it as a game, learning how to make others uncomfortable or upset with words and questions. It was entertaining and exciting, listening to the stories they tell, picking out the things that upset or frighten them and making that the topic of conversation instead. When I was around eight years old, my mother started taking me to a psychiatrist. I was diagnosed with ADHD and put on medication that made me even less talkative and dulled my feelings to the point where I felt nothing throughout most of the day. I started living mostly in my own head and ignoring others, because most of the time I just didn’t even feel motivated to do things that I enjoyed. My mother took me off of the medication when I was twelve, but a lot of that emotional dullness lasted. Even through high school, when I started to behave aggressively again, I would feel little emotionally if I wasn’t hurting others. As a teenager, if that still counts as being a child, I was much worse. I had a better understanding of the impact of my hurtful actions and chose to commit those actions anyway for my own pleasure. I simply didn’t care and had no empathy, compassion, or sympathy for the pain of others. Not even for people I considered friends. When I wasn’t busy being a dick, I preferred the company of myself and my books. I enjoyed my solitude and silence, people were just things I needed to get that euphoric high. Very rarely did I enjoy the company of others. That’s what I was like as a child. My behavior is much better now as an adult, with more self-awareness and impulse control, but I’m still learning.